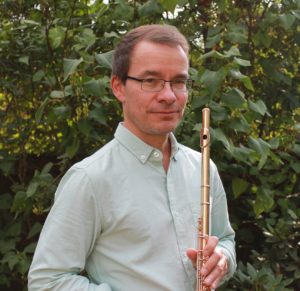 He studied at the Sibelius Academy in Helsinki with Mikael Helasvuo and subsequently at the Freiburg Music Academy in Germany with William Bennett and Hans-Peter Schmitz.

Petri Alanko was the principal flutist in the Zurich Opera Orchestra in 1987-88 and in the Finnish Radio Symphony Orchestra in 1988-2012.  Currently Alanko is the main flute teacher in Sibelius Academy (University of the Arts), Helsinki.

He has made several recordings, including three CDs of flute concertos. In 2009 he premiered the flute concerto “Soie” by Lotta Wennäkoski with the Finnish Radio Symphony Orchestra.

In 2000-2005 Petri Alanko was the Artistic Director of the Crusell Music Festival in Uusikaupunki, Finland. Since 2005 Petri Alanko has worked as a jury member in international flute competitions in Munich (ARD), Kobe, Odense (Nielsen), Beijing (Nicolet), Krakow, Budapest and Uusikaupunki (Crusell).